A person who remembers Allah 
A person who remembers ALLAH, Subhanahu wa ta'ala,
and his eyes overflow due to the fear of Allah Azza wa Jall,
such that a few tears fall on the ground,
Allah-Jallah jalala hu will not punish him
on the day of Resurrection.
{ Mustadrak Hakim } Go to ImageShack� to Create your own Slideshow
at April 28, 2010 No comments: Links to this post

Religion and Science have always been considered to be twin sisters by Islam, and today at a time when Science has taken great strides, they still continue to be associated.

Furthermore, certain scientific data are used for a better understanding of the Quranic text.

In this century, scientific findings have dealt a fatal blow to religious belief for many; it is precisely in the light of such scientific discoveries that an objective examination of the Islamic Revelation can be made, which highlights the supernatural character of that Revelation.

After a ten-year study, the famous French physician Maurice Bucaille addressed the French Academy of Medicine in 1976, and expressed the complete agreement of the Quran and findings of modern science. He presented his study on certain statements in the Quran concerning physiology and reproduction.

His reason for doing so was that: "Our knowledge of these disciplines is such that it is impossible to explain how a text produced at the time of the Quran could have contained ideas that have only been discovered in modern times".

Decades later, noted embryologist and expert, Keith L. Moore, upon being presented with the statements made in the Quran regarding the stages of formation of the embryo -- from the mixing of the male and female gametes up to the embryo's full development remarked: "It has been a pleasure for me to help clarify statements in the Quran about human development. It is clear to me that these statements must have come to Muhammad from God because almost all of this knowledge was not discovered until many centuries later."

Professor Moore presented his findings to scientists at several conferences. Several Canadian periodicals published many of Moore's statements, and in addition, he presented three television programs in which he highlighted the compatibility of modern science with what has been revealed in the Quran 1400 years ago. Consequently, he was asked: "Does this mean that you believe that the Quran is the word of God?" to which he replied: "I find no difficulty in accepting this."

In fact, Professor Moore was so amazed at the accuracy of the descriptions and the terminology used for the various stages of the development of the embryo that he modified his own textbook on the subject. He incorporated all the relevant Quranic passages and authentic statements of the Prophet Muhammad, sallallaahu `alayhi wa sallam, , into his book, The Developing Human: Clinically Oriented Embryology with Islamic Additions, published by WB Saunders in 1987 and a standard university textbook in the United States. The book now contains passages of the Quran and the Hadeeth (verified statements of the Prophet Muhammad, sallallaahu `alayhi wa sallam) for every stage of development, and Professor Moore has also adopted the classification used in the above two sources.

Consider also the statement of Tejatet Tejasen (Professor at the Dept. of Anatomy, Faculty of Medicine, Chiang Mei University, Thailand) after his study on the Quranic passages dealing with embryology: "From my studies and what I have learnt at this conference I believe that everything that has been recorded in the Quran 1400 years ago must be true. That can be proved through the scientific way".

Consider also the statement of E. Marshal Johnson (Professor and Chairman, Dept. of Anatomy, Daniel Bough Institute, Thomas Jefferson University, Philadelphia, USA) when he became aware of such statements in the Quran and investigated them: "The Quran describes not only the development of external form but emphasizes also the internal stages -- the stages inside the embryo of its creation and development, emphasizing major events recognized by contemporary science... If I were to transpose myself into that era, knowing what I do today and describing things, I could not describe the things that were described... I see no evidence to refute the concept that this individual Muhammad, had to be developing this information from some place... so I see nothing in conflict with the concept that divine intervention was involved..."

Consider also the statement of T.V.N. Persaud (Professor and Head, Dept. of Anatomy, Faculty of Medicine and Dentistry, University of Manitoba, Canada): "Muhammad was a very ordinary man. He couldn't read, didn't know how to write, in fact he was an illiterate..

. we're talking about 1400 years ago, you have some illiterate person making profound statements that are amazingly accurate, of a scientific nature... I personally can't see how this could be mere chance, there are too many accuracies and like Dr. Moore I have no difficulty in my mind reconciling that this is a divine inspiration or revelation which led him to these statements".

These are just a few of numerous quotes from the scientific community regarding the nature and the origins of the Quran. In fact, the Quran does not just speak about embryology, but about hundreds of other phenomena -- including the earth and sun being round, revolving around their own axis and following their own orbits; the origin and formation of the universe; the two types of seas between which is a barrier; the role of mountains in stabilizing the earth's crust; the expansion of the universe; the precise nature of the water cycle; the change in atmospheric pressure at high altitudes; the gender of the bee which is responsible for producing honey (female); the stars consuming themselves via the combustion of their gases and this being the source of their light and many more.

The Quran and the Sunnah (authentic sayings of the Prophet Muhammad, sallaallaahu `alayhi wa sallam) make statements on literally hundreds of phenomena, and at the same time openly invite intelligent people to verify them. If any one from the scientific community were to make hundreds of new claims regarding his specialty and call all his colleagues to prove him wrong, he would know without doubt that he is standing on shaky ground. What about the one who makes such claims about the specialties of others, would he dare to make such a claim?

Therefore, Islamic religious beliefs are not based upon blind acceptance, as many have generalized in all other religions, and thus falsely attributed to the Quran and Islam. This break between Science and Religion occurred in Europe over the past 300-400 years, when scientific advancement and its findings were seen as heretical, its proponents ridiculed and often exiled and tortured.

The Islamic community has never had that experience. It is true that within the academic community capabilities differ, and thus some people may be unable to ascertain the truth of Islam, and therefore may accept it blindly. But they have the opportunity to ask the scholars, those who are in a position to make such a judgment. It is from the principles of wisdom and justice that `when you don't know, don't make a judgment yourself, but rather consult one who is in a position to do so.' 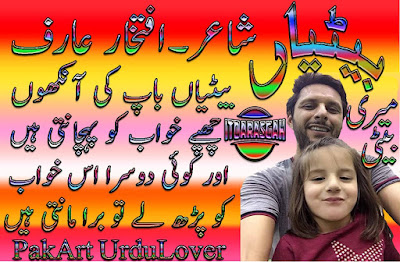